In 5 years we moved three times to follow Don’s growing career to Store Manager.  Each of those moves we traveled several hundred miles to start anew. We were feeling confident with our downsizing preparation to help eliminate a few boxes each time. What we did not realize until watching a minimalism documentary we were slowly practicing this new ‘fad.’

Minimalism is a tool to rid yourself of life’s excess in favor of focusing on what’s important—so you can find happiness, fulfillment, and freedom.

Our downsizing preparation goal was to have fewer boxes of ‘stuff’ to move each time.  We knew we would be on the move again. So the rule was if a box remained sealed we would examine the contents to either: sell, donate or use it.  The process of sorting through boxes was our minimalism path, which was going to get a lot more interesting come 2018! That is when we embraced full-time living in a 5th wheel.

Around 2013 we sold our 3000 sq ft home on acreage to move into a 1000 sq ft apartment.  After the initial shock of what few items we would be able to keep, we began to sort through each room.  The house had 6-bedrooms, two living rooms and an overwhelming amount of yard equipment. During the process, we sold off: an office, living room set and bedroom sets.  Of course, the snowblower, tractor, and its accessories had to go too.

However, we did keep a lot of stuff, such as our well-established bar glasses, party items, books, extra TVs and more.  So much more we had to rent a garage to store it all. The thought was we would be moving into a house soon. Little did we know we would only stay the Summer here before moving again.

Thankfully we still had a lot of items in boxes, that helped us with our move of over 800 miles.  The move took us to a town near the Bakken oil field, far from the suburb life in the Evergreen State. Even though the 2-bedroom apartment was only 200 sq ft less, it was the smallest we had ever had.  So we knew we had to part with more items, like a living room chair, golf clubs, ski equipment, holiday decor and more.

Inside the 800 sq ft apartment only the sofa and tv would fit in the living room. There was no place to put our dining room table and hutch.  So the 2nd bedroom became our storage room. This apartment had no garage and all the storage units in town were full. So, more items got the boot if we could not find a place to stack the box.

During the 2-years that we were there, the ‘bad’ water left a horrible film on our dishes, glasses and cooking utensils.  Nothing would take the substance off. The water was so bad that it killed one of my plants and made our bird sick. It was a hard lesson, and before our next move, we had to trash a lot of kitchenware.

Our next move took us into a beautiful 1500 sq ft tri-level house that was laid out in such a way we had an in-law suite.  So we treated ourselves to a new bedroom set, plus furnished a 2nd living room. We also bought a car to fix up so we could get further back onto some Forest Service Roads around Glacier National Park.

Yes, buying is the opposite of downsizing preparation or minimalism.  But the items provided a function when family members came to visit, and the car project is just ‘fun.’  Little did we know we would only be there less than 3-years. If Don’s career stress did not make us rethink our life (read here), then the store closure in 2019 would have.  Either way, we would be moving from that beautiful area in Montana.

If we had known that our time there would be so short, we certainly would have done things differently.  As I’m sure you know, when you sell anything you bought new, even a mere 1-2 years old, you are lucky to get half of the cost back.

We were faced with the most significant move of all, downsizing EVERYTHING. We planned to live full time in a 5th wheel that we purchased in January 2018, picking up in March (more HERE).  This move meant drastic downsizing preparation. We could only keep 1 set of dishes for the two of us, essential everyday items, a handful of clothing, no furniture, TVs or appliances.

For added stress, we were going to do this at our (former) home near Glacier National Park, MT after an epic Winter.  A Winter where we had to hire someone with a skid steer to clear the driveway from the 5-foot tall snow drifts. We certainly had our work cut out for us to be out by mid-March 2018, after deciding in January to do this!!   Read HERE on how we sold it all.

Rid Yourself Of Life’s Excess

The downsizing preparation we had been doing, to us, was ridding ourselves of life’s excess stuff. Stuff we did not need, but for some reason always held onto. Items that were dusted off a couple of times a year, if they ever came out of a moving box.

To make it a little easier to part with items we ask ourselves three questions.  Does the item:

For the item to make it to the next round of moving with us, it would have to meet one of the criteria above.  However, if the item only brought joy, it would go in a ‘maybe’ pile to be re-examined later. With RV living you can only haul around so much weight.  So some ‘joy’ items must be small and not weigh much to go with you, or they have to go into storage. The later hinders any effort of downsizing preparation. HERE you will find our Selling Tips.

The Cost Of Space

It’s a fact that everyone wants their own space.  Either that space is your personal bubble in public, distance from neighbors, or a large house.  I’m guilty of wanting that as well, but what was the cost of the space?

For all the excess space we were paying more for electric and gas to heat and cool our house.  We had extra bedrooms set up for guests that in reality only stayed over 2-3 weeks a year. Then we had two living rooms that, honestly, only attempted to separate us as a couple.  For us, the cost was financial and relationship burdening.

Now that we were seeing life more as a minimalist, we focused in on what was important to both of us.  We go in dept in our blogs when we talk about our personal ‘why’ we decided to full-time RV. You can find them here: Melissa’s WHY and Don’s WHY.

Between the minimalism perspective and our downsizing preparation, would it aid us in focusing on what’s important to us: reducing stress, traveling and, helping the family?   After 1-year, we are still working on it.

The true test is will we still be happy after we SELL IT ALL and move into a 5th wheel for our full-time living adventure?  Find out by following along in our adventures ahead! 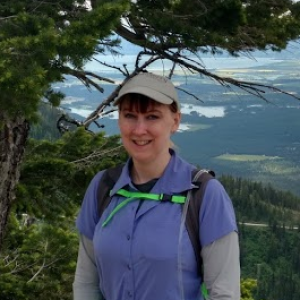 Dyson V8 or InterVac for your RV

If we receive a free product from a company to demo, we will post such in the blog.

We can safely assume this goes for all of the other companies and their logos on our site — AdventuresInRVLife.com does not own any company. We are simply a couple sharing our lifestyle in a blog!  Please contact us with any questions.