The Dirtiest Job Of RV Life

Saturday started as it usually does I got up, made a cup of coffee and ate some breakfast. Then set out to do my weekly chore of emptying the wastewater tanks. The majority of the time taking care of your RV wastewater tanks is a relatively clean routine task.  Though if given enough time it will become one the dirtiest job of RV life. Last week was when the clock ran out on me.

Once a week for the past year I have used a Barker 42 gallon Tote-Along ( Full Review Here) for emptying our wastewater tanks. We have three wastewater tanks on our fifth-wheel that hold 40 gallons each. Using a tote tank is less of a hassle than hooking up the 5th wheel and driving to the dump station to empty the tanks. For the past 52 weeks, this routine has worked without incident until last weekend when the tote made it the dirtiest job of RV life.

I did my usual checks before hooking up the tote to the RV.  All the caps were secure along with hose connections. I drained the first tank which filled the tote half away. Then flushed the hose with water from the galley tank before heading over to dump the site. Checking to make I closed the valves I opened, and all caps were in place.

Making it to the dump site without incident, I got the hose out and connected to the drain. As I slowly removed the cap on the tote tank is when things got a little messy and became the dirtiest job of RV l. As I loosened the cover on the gate valve liquid began seeping out. Quickly securing the cap to prevent any more seepage I checked the gate valve it appeared closed. Then I notice the handle was at a slight angle. As grabbed the handle I saw that it was loose. With the cap still on I pulled the handle up and found the handle came up without resistance and nothing impeded the handle’s removal.

I thought that about connecting the hose to where you fill the tote. However, with the tote close to its capacity I knew it would not be able to lift it myself. From the position that the handle was when I removed it I was guessing the valve was at most open a quarter of the way. I removed the cap and as quickly as possible and connected the hose. I managed to avoid a nasty spill, and my guess was correct. With the tote slowly emptying I began cleaning up the small spill.

After the tote was empty, I was able to assess what happened and what I would need for the repair. Fortunately, I did not need to purchase a new tote. All I need to do is replace the gate valve. It appeared to be somewhat straight forward. All I would need is a new gate valve and a 13mm socket. After picking up the Valterra Bladex™ Waste Valve and replacing it, I was able to continue my normal weekly routine.

Why the Tote Tank?

We decided to spend some time with family before we hit the road in our fifth wheel. Doing so would allow us to become familiar with our new home and spent time with family. We also wanted to complete some modifications and upgrades to our truck and fifth wheel. Melissa’s Parents lot has a garage in the back that would be a great place to set up the fifth wheel with one exception. We would not have a way to connect our fifth wheel into the sewer. I started looking at ways to accomplish this task and found that I had three options.

I could hook the fifth wheel up every week and take it to the dump station. For the long term, this would not be a practical option for us. Another option would be to use a macerator pump to get the wastewater to where needs to be. However, the thought of dealing with several hundred feet of garden hose in cold weather was not all that appealing. The best option that would work in our situation would be to use a tote tank.

Without being hooked up to a sewer connection, we quickly learned how to manage our water usage. The first couple of weeks it was not unusual for us to make four trips to the dumpsite with our tote. We quickly learned to get down three and, we occasionally were able to complete the task in two runs. We were quite surprised at how much water we waste in a given week.

Should You Get One?

Depending upon what kind of RVing you plan on doing will determine if you need one. If you plan on a lot of dry camping/boondocking, or a little driveway surfing/mooch docking then you might think about getting one. You also might want to consider a tote tank if you plan on extended stays at a park that does not have full hookups but does have a dump station. 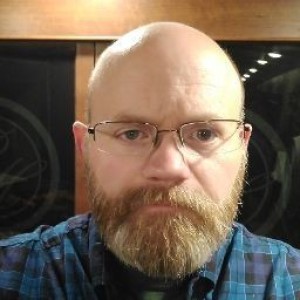 Marine Veteran with a background in engineering. With over 20 years experience in leadership roles in retail and news media. Started full-time RV living in March of 2018 to get back to enjoying life through hiking and photography.

By clicking our Amazon link your shopping experience will not change, however we will receive a small commission from Amazon for your order.  Thank You!

Fine Print: Amazon and the Amazon logo are trademarks of Amazon.com, Inc AdventuresInRVLife.com is a participant in the Amazon Associates Program, an affiliate advertising program designed to provide a means for sites to earn advertising fees by advertising and linking to Amazon.com